Really close to Linz, you will find a town called Leonding.  Actually, it’s more like a suburb than a separate town.  You just have to drive an extra minute or two on the highway to get to Leonding from Linz.

When Adi’s (Adolf Hitler’s nickname given to him as an infant) father got older, they moved from the family farm, which was located in Fischlham, a little south west of Leonding.  Maybe 15-20 min driving distance.  This was some time in 1898. The family found a quaint house located not very far away in a quiet neighbourhood.  Actually, it’s still pretty quiet these days and this was as of 2012 when I last visited, although I plan to make the trip again soon.

The house was originally white, but a few years ago, it was updated a bit with new fencing, paving, windows and of course, colour.  The house stand now as the admin office for the graveyard, located directly across the street.  Low and behold, it is also the same graveyard that both Adolf Hitler’s mother and father are now buried. 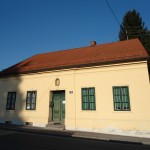 The Home of Adolf Hitler 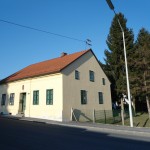 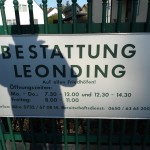 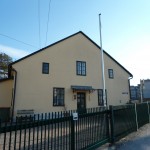 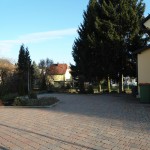 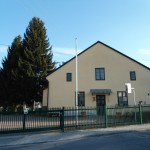 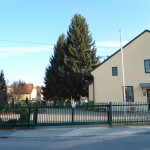 A short distance away down the road, Hitler’s father, Alois, died.  It was an unforeseen circumstance that happend in a Pub located at the bottom of the road.  The road goes uphill, so it’s not difficult to know which direction to go.  Essentially, the pub is on the same street as the house, but instead of 16, it’s Michaelsbergstrasse 1.

If you start heading in the other direction on the street, near the top and around the bend, you will see the Realschule that Adolf Hitler attended for 1 school year (Michaelsbergstrasse 29).  He was the type of student to always argue with the teacher and HATED to be corrected. He didn’t last long, and eventually ended up in many other schools before all was said and done. 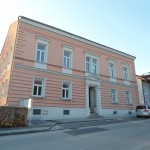 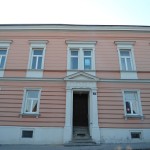 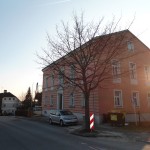 The last stop is the Friedhof (Graveyeard) where his parents are both buried.  At one time, there was a headstone displaying homage to Alois and Klara Hitler.  Shortly after my visit, I read in the local paper that a relative of the Hitler family ordered the graveyard to remove the headstone, so I think I was the last person to actually capture this piece of history before it was removed.  I have a feeling a relative actually still lives close by because it was just too coincidental that the headstone was ordered to be removed less than maybe 3 weeks after I visited (march 2012). 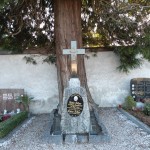 The graveyard where Adolf Hitler’s Parents were buried. 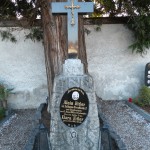 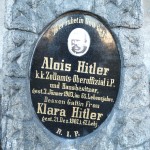 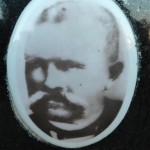 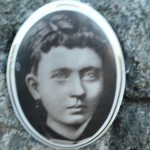 SEARCH ACROSS THE SITE